MMT, or How Much is Too Much?

As President Biden shepherds political support for an unprecedented level of government spending on a variety of programs described as “infrastructure” (roughly $4 trillion at the moment), many members of Congress are understandably concerned. National government debt has already reached $27 trillion, almost triple the 2008 debt of $10 trillion and more than our annual economic output. Federal spending used to be dispensed from a garden hose, but President Biden is going to need a fire hose if he gets all of his nearly $4 trillion of new spending passed. The long-term consequences of spending at such levels, without any offsets from increased taxes or fees, is a hot topic of economic debate. And Congress this summer failed to pass legislation extending the federal debt ceiling, so the Treasury at the moment is borrowing under an emergency authorization. The debt ceiling will have to be raised this fall to prevent a Treasury default, and expect that debate to produce high drama in D.C.

Entering the spending debate is Stephanie Kelton, an economics professor at Stony Brook University and former chief economist for Democratic senators on the Senate Budget Committee during the second Obama term. Kelton is a leading proponent of a new economic paradigm called “modern monetary theory” (MMT for short), and she argues that obsessing over the absolute amount of dollars spent or size of deficits incurred misses the point. MMT proponents believe that the government properly should be the spender of last resort, providing funding for projects that absorb economic resources not otherwise being employed by the private sector, labor being the biggest. She argues that deficit spending cannot ever be viewed as a problem IF the money is spent on projects that spur growth and UNTIL spending reaches a level where demand for resources overwhelm their supply and structural inflation is born. Only then would federal spending be judged excessive. Regarding worries about the cost of debt service, MMT proponents would remind you that the government owns the digital printing press and cannot ever run out of money.

Notwithstanding the novelty of this view, MMT has a point. When economic resources, either labor or materials, are underutilized, growth is not being optimized. And an underemployed labor force is more than an opportunity cost for growth-it is an expense to maintain unemployment benefits and food stamps. Furthermore, capital equipment that is idle represents another missed chance for growth. For example, commercial airplanes fly whether they are 80% full or sold out, but the empty seats on the 80% flights are lost opportunities.

The trick, of course, will be knowing exactly how much spending stimulus is just right and not too much. One measure of an economy’s ability to grow without triggering inflation is called the “output gap.” As of June 30, 2021, actual real output (GDP) was measured at $19,358,000,000, but the Congressional Budget Office estimates potential output at $19,697,000,000. So the estimated output gap for the moment is only 1.7% by CBO estimates, not a lot of room to accommodate additional growth unless capital spending expands our production capabilities. The June 30, 2021 Consumer Price Index calculation was a year-over-year jump of 5.4%, much too hot if sustained and exceeding disposable personal income by 4%. At this rate of inflation, working Americans are still losing purchasing power. If the 5.4% jump is mostly due to kinks in the global supply chain, bottlenecks that can be fixed rather quickly, we need not worry. If instead it reflects inflation pressures such as labor costs that are becoming embedded, the economy and the capital markets will have a serious problem. What we know for certain is that COVID-driven shortfalls in production and spikes in demand have led to, for now, remarkable rise in the costs of lumber, copper, aggregates and other materials, while some goods such as semiconductors cannot be sourced at any cost.

But even if the government has not yet overspent the economy into long-term inflation, what about the risk that foreign investors, seeing a flood of new dollars being created to be spent, start dumping dollar-based securities before the value of the dollar tanks? So far, the four major economic blocs, the U.S., Europe, China and Japan, have all pursued “easy money” policies, with the result that there is no one currency, the dollar, Euro, yen or yuan, that is more trustworthy than the other three. All four blocs have a continuing interest in promoting employment and exports by keeping their own currencies weak, so the risk of a dollar plunge from too much spending seems quite small.

We will know much more about whether inflation will become a long-term problem a year from now. In the meantime, Stephanie Kelton and her fellow MMT economists will be encouraging the Biden Administration to keep its foot on the federal spending gas pedal. Stay tuned. 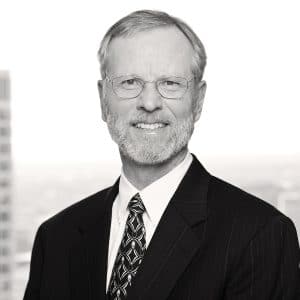 Prior to his official retirement August 31, 2021, Tom Frisbie was a senior portfolio manager at MONTAG for over 15 years, servicing many clients, as well as performing valuable equity research. Still acting in a consulting role with the firm, Tom devotes his time to research and stock evaluations.  Prior to joining MONTAG in 2003, Tom worked at First Atlanta Bank (now Wells Fargo) and SunTrust Bank (now Truist).