In our prior posts on acquisitions, we looked at roll-ups and pre-paid R&D. For our final installment of the series we will review what I describe as a “Hub and Spoke” acquisition. This is somewhat similar to a roll-up as the acquirer expects to remove some cost but it has different aspects as well. In a roll-up, the acquirer has a unique ability to reduce costs because of its larger size relative to the target. In a hub-and-spoke scenario the acquirer has established relationships with customers and the acquired company will have access to those relationships that it might not otherwise have achieved. The acquirer has a “hub” or network of customers and the “spoke” is the given service or product plugged into that hub.

Roll-ups and hub-and-spoke acquisitions could look similar but have one main difference: the size of the acquirer. Roll-ups tend to occur in industries where the largest company is small relative to the entire industry, usually less than 20% of the total. In the post on roll-ups, I used Coca Cola and Pepsi as examples where they acquired different beverage companies over many decades. Those companies are now very large with a vast network of customer relationships enabling them to sell to restaurants, grocery stores, and directly to individual through vending machines. There aren’t many possibilities remaining to expand the way in which these companies sell their products. However, there is still some opportunity for them to add products to their well-established networks (the “hub”).

In a roll-up, the product or service is usually, but not always, local and geographically dependent. A roll-up of burger restaurants, for example, that saves on product costs would still result in each location selling food to those near the location. With a hub-and-spoke acquisition, such as by Coca Cola, we could expect the smaller beverage maker acquired in one state of the U.S. to then be enabled by Coca Cola’s large distribution network (hub) to then sell to other states and, perhaps, internationally. 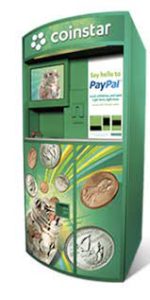 A unique example of a hub-and-spoke acquisition that I experienced in detail as an analyst many years ago was the acquisition of Redbox by Coinstar. Coinstar operated self-serve coin changing machines in grocery stores across the United States and had decades-long relationships with its grocery store partners. Many banks would not take large amounts of coins from retail customers and Coinstar allowed coins of any amount to be exchanged for a voucher that could be redeemed at the checkout line where the machine was located. A portion of the fee charged to the consumer was shared with the grocery store partner. The grocery store partners liked the service because Coinstar users often spent more in their stores. Redbox operated machines that allowed customers to rent DVDs and return them to any location. This was long before video streaming became a major entertainment option and the Redbox kiosks were faster than receiving DVDs by mail from Netflix (Yes, Netflix once rented DVDs by mail). 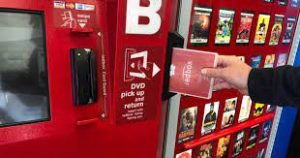 When Redbox was acquired in 2009, it had only a few thousand locations while Coinstar operated coin changing machines in around 20,000 locations. It was expected that Redbox kiosks could be placed in most of the same locations as the coin changing machines. Coinstar’s existing partners (grocery stores) trusted their operational history and were willing to test the Redbox kiosks in their stores as well. It is possible that Redbox may have been able to expand into some of those same locations without Coinstar’s acquisition, but the trusted relationship made many retailers more willing to test the concept and the growth trajectory of Redbox was improved as a result. The acquisition became a major driver of revenue and profitability for Coinstar for the following four to five years. A few years later, Coinstar changed its name to Outerwall and was ultimately acquired by Apollo Global Management in 2016.

There are many different types of acquisitions that we did not cover in this series and regardless of the label used, each situation will have unique characteristics. Some rules-of-thumb to remember are 1) the larger the acquisition relative to the acquirer, the greater the risk, 2) acquiring outside of a company’s core business is higher risk, 3) be cautious of deals that increase the debt of the acquirer significantly, and 4) the prior successes and failures of management’s acquisitions are an important consideration.

At MONTAG, Portfolio Managers spend time and effort monitoring industries, participants, and technologies in a quest to identify the most likely winners and losers.  When companies we own announce acquisitions, we perform rigorous analysis to test their assumptions and evaluate the perceived pros and cons.  We hope this series on acquisition types and strategies has been useful and informative.