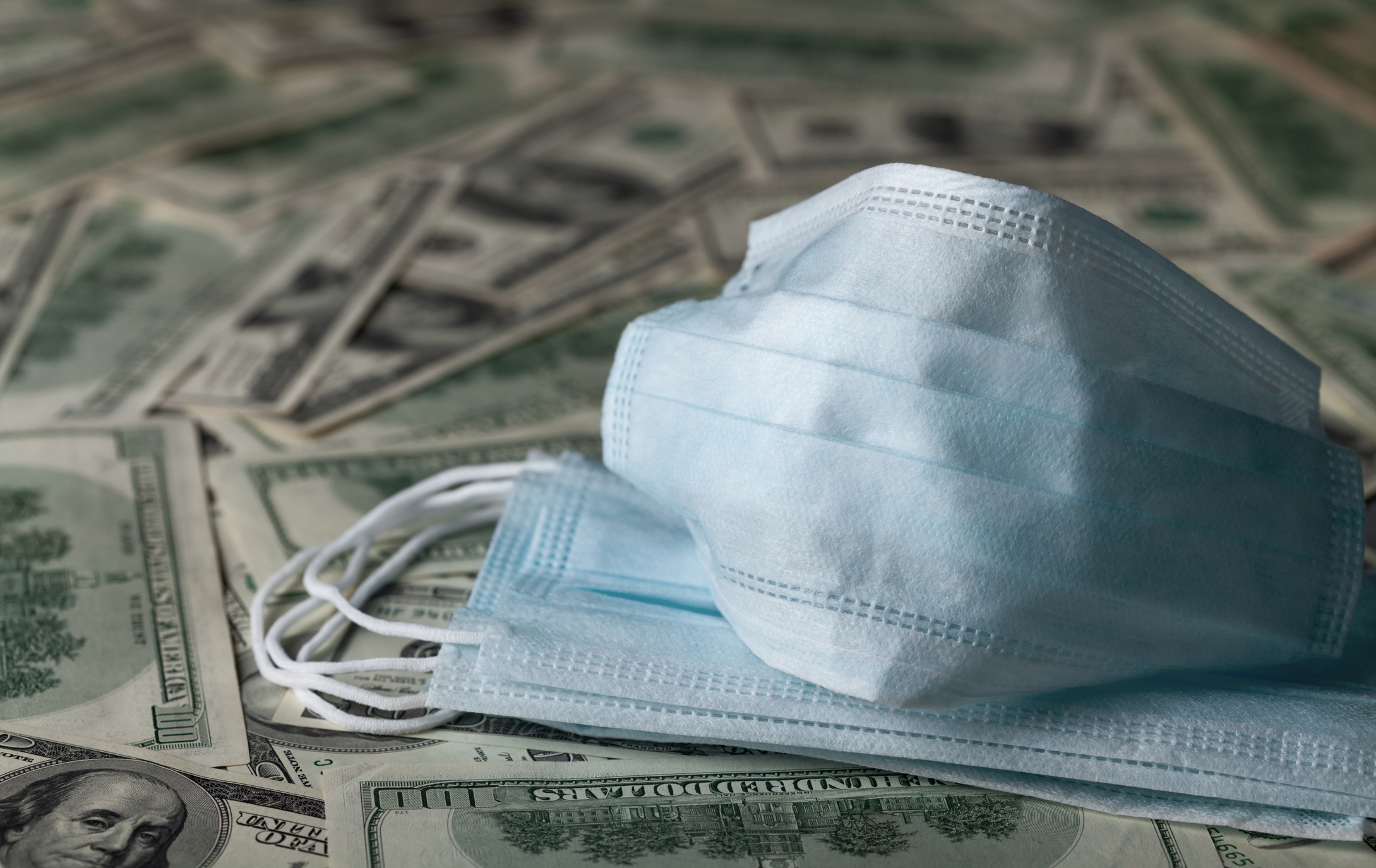 Public companies have about $2.55 trillion on their balance sheets right now. That’s up over 30% from about $1.9 trillion at the beginning of 2020. Businesses are not the only ones who are flush. Consumer have cash building up as well. Personal disposable income is up about 5% since last year at this time and the savings rate has doubled to 14% from last year’s 7%. That’s a long way of saying that consumers have about $2.4 trillion in the bank.

It’s easy to see where this came from. Companies stopped share repurchases when the pandemic hit. A full 77% of buybacks came from technology and communications companies.  This group of companies was already producing a significant amount of cash that cash is now building on their balance sheet. Companies also issued debt of about $1.4 trillion or about $625 billion higher than last year. Companies issued longer term debt in 2020 so that they would have some time before it has to be paid back. Capital spending was reduced and operating expenses were also reduced.  This has led to companies’ earnings and cash flow having already rebounded to 2019 levels on lower levels of revenue. 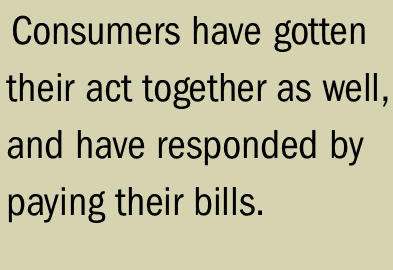 The consumer has gotten their act together as well. The savings rate peaked at 33% in April and is now 14%. Consumer credit card debt has fallen 12% since February. Banks were put through a second stress test by the Federal Reserve and most lenders took reserves for potential bad loans up to levels not seen since the depths of the Great Recession. The consumer responded by paying their bills. Only 1.8% of loans are currently late on paying – this is the lowest level ever recorded for this metric – and most consumer finance companies report that the majority of consumers who asked to delay payment at the beginning of the pandemic have left these payments and are current on payments. Thanks to their frugal ways and the Federal Reserve lowering interest rates, interest payments are a little less than 5% of a consumer’s income, down from about 6% before the pandemic.

Companies and the consumers who use them have about $4.95 trillion in cash or about 23% of US gross domestic product. That’s a lot of cash that will get spent as confidence returns.  Already companies have started to retire debt and a few of the stronger ones have re-started stock repurchases and announced dividend increases or special one-time dividends. 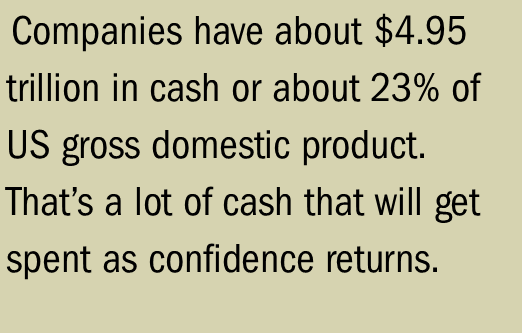 The inventory at businesses is also as low as its been since the recovery from the Great Recession and this is versus sales which are below where they were a year ago. Usually you see inventories as percent of sales increase during a down turn since sales have fallen. In this case, supply chains were excellently managed and now companies will need to build product as consumers start spending.

In the past month three vaccines have been announced with a level of effectiveness higher than many vaccines in history. Consumers and companies responded to the pandemic by being really responsible and as a result most are sitting on cash that will be spent in the coming months.  This sets up for a really good tomorrow.