Home » Blog » On a Bi-Cyclical Stock Built for Two
Blog

WHAT IS A CYCLICAL STOCK? 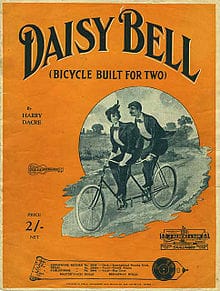 Quick, what is the oldest pop song you know?  Most people may not realize this, but the 1892 song “Daisy Bell” (most famously covered by Nat King Cole) is actually identified as one of the oldest pop songs written.  The song is, basically, what a pop song is still about today, a guy being in love with a girl.  But it’s the famous line “on a bicycle built for two” that got me thinking.

A cycle, more specifically a business cycle, relates to the ups and downs an economy (as measured by GDP) will experience during expansion and contraction.  There are a lot of companies that run their businesses based on this cycle.  In fact, the S&P 500 has a whole section dedicated to these types of companies.  They are called consumer cyclical or sometimes consumer discretionary stocks.

Consumer cyclical stocks are different than consumer staple stocks, of course.  A cyclical stock is basically synonymous with a discretionary, sometimes luxury good.  A staple stock, on the other hand is aptly named; it’s something a human will buy no matter what.  A person’s got to eat, right?

Examples of cyclical industries include car manufacturers, airlines, retail (clothing, furniture, etc.), and other “experiential” stocks like restaurants or hotels.  Basically, if you feel secure enough and have disposable income, you may decide that now is the time to redo your wardrobe, or buy that new computer, or take that trip you always wanted.  And companies in the consumer cyclical space will benefit from your choice.

Cyclical stocks fit into a portfolio just like other investment “sectors” like consumer staples mentioned above, or information technology (IT), industrial companies (think machinery and construction), or healthcare companies.  And typically, cyclical stocks exhibit solid growth when the markets are strong (because everyone is going on a Carnival cruise) but don’t do as well when the economy is slowing down (hold on just a bit longer, Honda Accord!).

In the United States today, our economy is showing some good signs, as unemployment is at its lowest point since 2000, and real wage growth has started to show positive momentum in 2018 for the first time in a long time, which means the relative prosperity of Americans seems to be improving.  More shopping for everyone!

It should be noted that this current business cycle expansion has lasted a LONG time, close to 100 months, which makes it one of the longest cycles on record.  So while folks have let the good times roll, relatively speaking, it pays to keep a watchful eye on any deterioration of the signals.  And at MONTAG, we are nothing if not vigilant and prudent about such things for the consumer cyclical stocks in our clients’ portfolios.

So to wrap up as far as what a cyclical stock is, think about it this way: if the economy is doing well, you may actually decide to buy that bicycle built for two after all, while when times are leaner, you and your gal may have to settle for walking around the block!