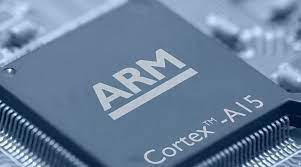 The 18th of October was a big day for semiconductor chips and computing.  Apple (NASDAQ:  AAPL) released its new Mac computer line up that will be based on a chip design licensed from Arm Holdings.  This is the first major product launch of a personal computer that does not use a chip manufactured by Intel (NASDAQ:  INTC) or AMD (NASDAQ:  AMD).  Apple’s decision is based on the fact that size and scale win.

The makers of computer chips are dealing with several major technology launches at the same time.  Chip content in automobiles is spiking for gas powered cars.  As the auto market goes electric the need for chips will grow significantly.  The country is rolling out a new communication network in 5G which has a benefit of allowing devices to be in constant contact with information – which means that each of these devices now needs a chip.

The industry, with the exception of Intel, has been moving to using third parties to manufacture chips for them since the mid-2000’s. This decision made sense as this new group of chip designers now controls over 50% of industry profitability compared to about 10% of profitability going to the actual manufacturing of the chips.

Apple’s decision to design it own chips follows exactly what it has done in phones and what larger users of chips like Facebook (NASDAQ:  FB), Amazon (NASDAQ:  AMZN) and Alibaba (NYSE:  BABA) do.  By designing its own chip, a company is better able to design it for a specific need or experience.  The other curious thing about the Apple design was the level of complexity. This complexity will no doubt drive the capabilities of the chip and the machine it powers but it will come with a more detailed and intense manufacturing process.

Applied Materials (NASDAQ:  AMAT), a maker of the equipment used to make computer chips, also held an event on the 18th.  This was the final presentation in a series that it had been running since May of this year.  They discussed the use of artificial intelligence in the manufacture of chips. When chip manufacturers produce a new chip, they deal with two variables:

The presentation by Applied Materials demonstrated that their new machines could solve these problems quickly, allowing for new products to be brought to market at scale quickly. This change should drive growth of profitability for the makers of chips and the designers as well since new products will be quicker to market.

There is a chip shortage in the world right now caused by several technologies being introduced at once. The companies that make chips have responded by announcing plans to build several new factories.  This has led to some concern that we will be oversupplied at some point.  It is usually the case that when new supply comes into the market this will cause prices to fall and this likely would have happened to the semiconductor industry of 2005.  However, the industry has changed.  Manufacturing is controlled by a few companies who will likely keep a gradual pace of investment.  The industry is trending to chips tailored to specific clients who can better forecast their needs and demand.  Changes in manufacturing will likely bring new products to market at a lower cost.

The underlying demand for chips is strong and the industry has matured into one with durable and sustainable margins which should drive earnings growth and innovation over the next several years.