Recently, I took a day to go out to the park to contemplate my next assignment (which turned out to be this blog).  As I was thinking, I decided to go around to folks sitting and watching their kids play, and ask them a simple question:  Is the American dollar, when it is “strong,” good for the economy?

It seems to be a straight forward question with an obvious answer.  YES!  If the dollar is strong, and we are Americans using that dollar, how is that a bad thing?  When does “strong” really mean “weak”?  They have a point; if you went on a vacation outside of this country right now, your dollar can get you not just one tamale, but three.  Not just one schnitzel, but 1.3 schnitzels.  How is that bad for us? 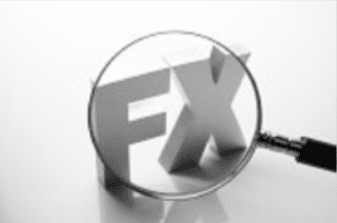 Well, users of the currency may benefit, but what about large multinational companies?  At MONTAG, our primary work centers around the examination and selection of large (and mega) capitalized companies.  That is, the companies that have the best economies of scale, the best funded, and the farthest reaching and internationally integrated companies on the globe.

Large U.S. companies weren’t celebrating that, necessarily.  These companies make sales in other countries, as we mention above…and they report those sales in the currency where the sale was made.  So let’s say Coca Cola, for example, sold €1 million worth of Cokes.  They have to translate that back into dollars.  What does that look like?

In other words, Coca Cola’s translated sales actually go DOWN despite having a strengthening domestic currency. So yes, “strong” can mean “weak” in some instances.

Foreign exchange rates are a very real phenomenon, and they can greatly affect U.S. corporations and their financial statements, as you can see in the example above. Companies know this, of course, and while foreign currency hedging is something that can help mitigate swings in rates that carries a cost as well (but beyond the scope of this article). Needless to say, at MONTAG we consider not just foreign markets, but U.S. large cap companies’ exposure to foreign markets, and while a strong dollar is good for a consumer using that dollar, it can be a detriment to large U.S. corporations without some “Special FX” planning.