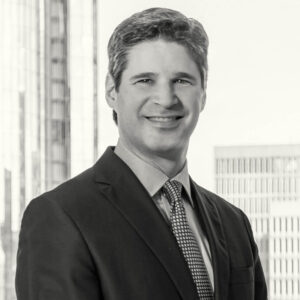 The year 2022 was extremely difficult for investors, and all the major stock and bond market averages posted double-digit price declines.  In the case of stocks, almost all the name-brand averages were down about 20%.  This wipe-out occurred as the Fed battled inflation with an unprecedented series of large interest rate hikes.  The last time we saw a sustained period of stress on both stock and bond prices from persistent inflation was the 1970s, and that decade was characterized by positive returns only from interest and dividends, with price declines in bonds and topsy-turvy swings in stocks.  So what could this mean for the 2023 stock market?

Looking Ahead at the 2023 Stock Market

As is evident, the prediction business is hazardous and very prone to error, particularly for periods as short as a year.  So, as usual, we will avoid predicting stock and bond market behavior in 2023.

However, there is an economic ratio that has signaled either opportunity or danger over the past 100 years, with nearly infallible reliability.  That ratio is the relationship of interest rates to inflation, termed the “real rate of interest” or “real yield.”  If interest rates exceed the rate of inflation, the “real yield” is positive, and positive real yields have signaled better times ahead with remarkable accuracy.  If inflation exceeds interest rates, the real yield is negative and a sign of likely future stress in the economy and the markets.

Currently, Ned Davis Research calculates the real rate on 10-year Treasury bonds at negative 3%, signaling that investors should remain cautious.  However, a negative 3% is a big improvement over the negative 6% real yield at the start of 2022, and the trends in rates (upward) and inflation (down) suggest that real yields could be positive before the end of 2023, which would be a very hopeful sign.

The Relationship Between Interest Rates and Inflation

Probably a big reason that real yield readings are a good clue to stock market direction is that positive real yields tend to develop in times of economic stress when inflation and the economy are contracting.  By such time, the stock market has usually bottomed out.  Conversely, when inflation is in a strong uptrend, so too are business earnings, and stock prices may have risen too far on an unrealistic belief that good times will last indefinitely, even as the Federal Reserve prepares to slow the economy.

The History of Bull Markets and Real Rates

Remarkably, every major bull market in stocks over the past 100 years either initiated or was propelled in its early stages by notably high levels of real rates.  Every single time.  The nearly 500% advance from 1920 until the fall of 1929 started with real rates at positive 7.6%.  The long bull market stretching from 1949 until 1965 started with a real rate at positive 3%, and the return on stocks over this long period was 700%.  The 17-year bull market that kicked off in 1982 began with a massively high real rate of positive 12%, as Fed Chairman Paul Volcker hiked short-term rates into the mid-teens to crush runaway inflation. During the next 17 years, the Dow Jones Industrials rose from 800 to 11,000.

In contrast, negative real yields were already in place during the sharp bear markets of 1973-74, 1978-1981, and just prior to the financial system crack-up in 2008.   The stock and bond markets are influenced by many factors, but the level of real yields at any moment can be a good signal of risk or opportunity.

Market Impacts from Current Events Around the Globe

The onset of the COVID pandemic has prompted a structural shrinkage in the labor forces of the major Western economies, including the U.S.  This development caught the Federal Reserve flatfooted. The same occurred with our European and Japanese counterparts (as we said, the prediction business is tough.)  As a result, the U.S. Fed, the Bank of England, the European Central Bank, and the Bank of Japan are all raising rates rapidly in an effort to weaken consumer demand and bring demand and supply back into balance.  Whether curtailing excess spending is going to solve the structural shortage of workers in the Western world is, at best, debatable.  And the investment world watches monthly labor statistics closely.

If the labor movement, after spending four decades in retreat, regains its bargaining power with employers, the Fed may have to remain in a rate-hiking mode longer than some investors anticipate.  And getting rates high enough to influence the cost of labor, as well as the cost of goods and services, may take time. The stock and bond markets may remain on the defensive in the meantime.

As stated, MONTAG is not in the prediction business, but we are in the analysis business.  Tracking when rates become high enough to begin taming inflation will be, we think, an important clue to when the stock and bond markets will be set up for new bull markets.