Home » Blog » A Message From CEO Ned Montag: Past, Present and Future
Blog

To all our clients who have endured the last year, and the last two years, Happy New Year! We hope the holiday season brought you some joy, rest and peace.

The hard work done at MONTAG was cheerfully met because the faith, fortitude and confidence of our clients fuels us to meet new challenges when the sun comes up.  Many thanks for your loyalty.

The new year, upon us already, is of course an extension of the last one. For those who think of these times as less and less recognizable, or even dystopian, permit me to argue the future is only an extension of the present and the past, although I must occasionally remind myself of this fact.

I was born in 1967, when our country was seemingly at war with itself, a society inflamed by anger, protests and violence over the Vietnam War, civil rights, including the rising importance of women’s rights.  The 1960s had assassinations of a sitting president, a presidential candidate (RFK), a controversial civil rights leader (Malcolm X) and a towering one (Dr. King).  The Democratic Convention in Chicago was marred by police violence against anti-war protesters and the refusal of a sitting president (LBJ) to run for a second term.  Legislatively, LBJ refused to choose between funding the war and funding his major social programs expansion dubbed the Great Society, including the newly minted healthcare plan called Medicare.  So he funded both, triggering tax hikes in 1968 and a sustained rise in inflation from below 2% in the early 60s to over 6% by 1969.  The country boiled with emotion. Sound familiar? 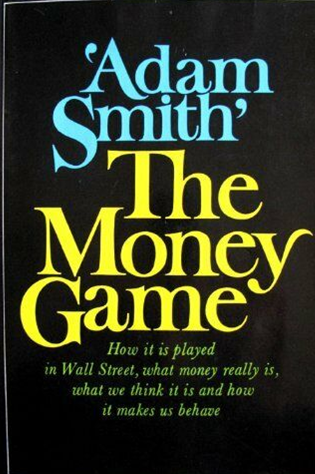 About the same time, a young Wall Street pro named Gerry Goodman published the best-selling classic The Money Game, written under the pseudonym “Adam Smith.”  It holds an interview with the iconic Ned Johnson, who bought a struggling investment management firm named Fidelity and turned it into one of the best fund management companies in the nation by the mid 60s.  Johnson’s views on the markets were always sought and closely studied.  It might have come with some surprise that, in the midst of national chaos, Johnson told “Smith” that he thought: “…the dominant note of our time is unreality.  Times of crusading spirit are times of unreality.  Now we have mass emotion moving, trying to change the folkways of the world.”

When we look around the market and the country today, maybe we do not see a repeat of the 1960s, but there are signs of a crusading spirit: the urgency of climate remediation; “cancel culture” as a response to “free speech,” and other extraordinary developments. Consider as some signs of a new unreality:

Periods of change tend to be periods of great speculation and subsequently, for some speculative stocks, periods of great loss. That is how a productive future evolves. We know this and have lived in times like these before, with no map and no crystal ball. But we have experience, a steady hand, and embrace the emergence of new, promising technology and economic trends at MONTAG. Most critically, we do so through study and management of the shares of companies that are establishing or have already established dominance in their markets. This is our own “crusade,” and Ned Johnson would approve.